New film related platforms are popping up all the time. All of them require you to enter your movie details. That's exhausting.
Distributors, producers and filmmakers are asked to fill endless forms for any market, pitching event and online platform. With film festivals, it has become a bit easier, but is still a nuisance.

How we can help

Instead of typing in all the details for the films you represent or own, you can import their details from IMDb in one click. All you need is the IMDb ID.

Once you have logged in, click on Films and then choose Import from IMDb on the right. 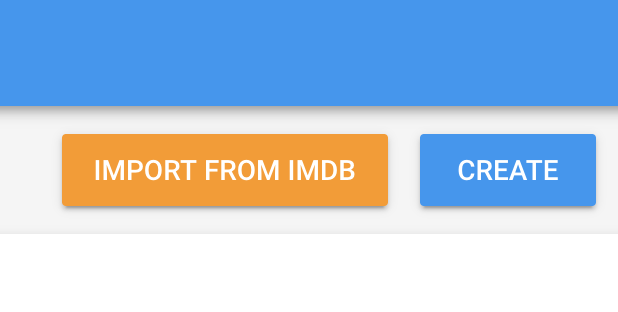 That's about it!
The film asset is created in QuickRights. If any of the details is incorrect, you can tweak it.

You still have to add the movie rights (territories, platforms), which are known only to you, as a distributor or right-holder.
Also make sure to add the format available (e.g - 4K).